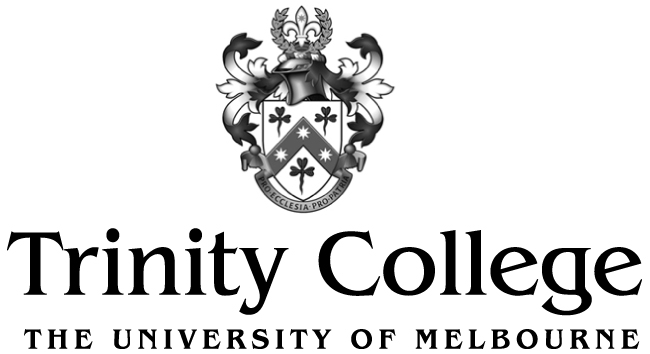 Trinity College, The University of Melbourne

Established through the generosity and vision of Deepak Sharma and Dr Susan Lim, in recognition of the achievements and vision of Associate Professor Tony Buzzard (1960), Fellow of the College, and Associate Professor Andrew McGowan (1983), Warden of the College (2007-). The scholarship is to provide full funding each year for a student studying medicine at the University of Melbourne who is also resident at Trinity College. The student may be either an undergraduate or a graduate and will be selected by a panel which will include Associate Professor Tony Buzzard (or his nominee) and the Warden of the day, or his or her nominee.

Susan Lim entered the College in 1974 under the wardenship of Dr Evan Burge, although she was studying at Monash University. She was an outstanding medical student who was also a keen rower at College. She completed her MBBS in 1979, and and her Doctorate in 1984. She has become one of the leading surgeons of the region, and the world, and participates in conferences around the world, with a special interest in stem cell research. She was elected as a Fellow of Trinity College in 2004 for her outstanding contribution to medicine and humanity around the world. (A more comprehensive biography is appended to this document.)

Associate Professor Tony Buzzard, a Fellow of the Royal Australian College of Surgeons, has made a unique contribution to Trinity over four decades. He entered the College in 1960. After graduating in Medicine, he continued as a resident medical tutor, becoming Senior Tutor in 1969. At the same time he was appointed Director of Medical Studies, a position he held for a quarter of a century. Apart from his labours for Trinity College, Tony Buzzard has made significant contributions to his profession, having been Honorary Secretary for the Royal Australian College of Surgeons, for which he is also an examiner, and an  Associate Professor at Monash University and the University of Melbourne. He is a joint author of Medicine and Surgery for Lawyers, the profits from which were donated to the Trinity College Foundation. Tony Buzzard was elected as a Fellow of Trinity College in 1999.

Associate Professor Andrew McGowan, BA(Hons) WAust, BD(Hons) MelbCollDiv, MA, PhD Notre Dame is an alumnus of the College (1983–85),and was Director of the Trinity College Theological School and Joan F W Munro Lecturer in Theology from 2003 until 2007. An Anglican priest, Dr McGowan worked in parish ministry and tertiary education in Victoria, Western Australia and the United States. He studied Classics and Ancient History at the University of Western Australia, Theology at Trinity, and undertook doctoral studies in Christianity and Judaism in Antiquity at the University of Notre Dame in the USA. He has lectured at Harvard and Yale, was formerly a lecturer at the University of Notre Dame Australia in Fremantle, and was Associate Professor of Early Christian History at the Episcopal Divinity School in Cambridge, Massachusetts, before returning to Trinity. He was appointed 7th Warden of the College in 2007. 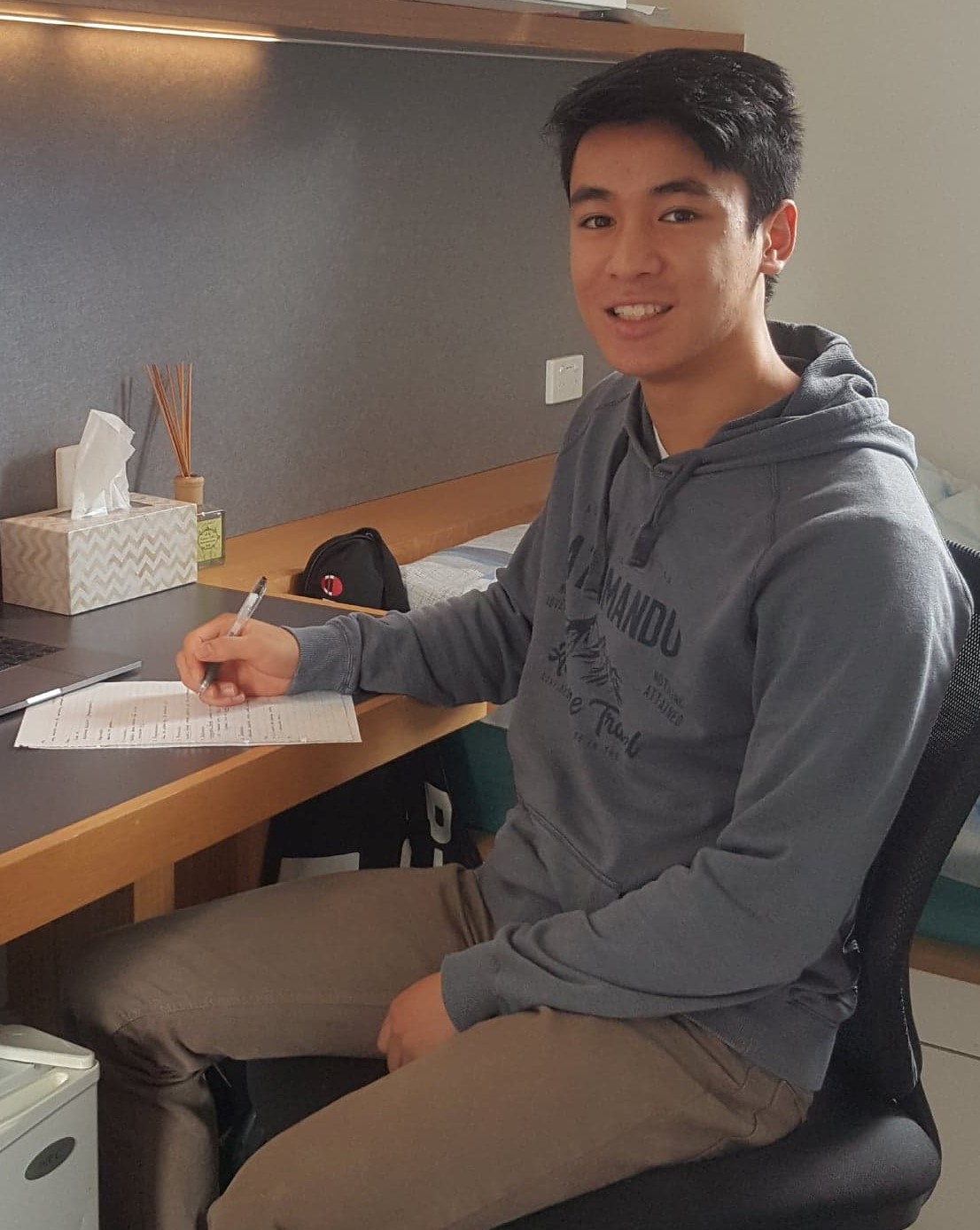 "Dear Dr Susan Lim,
I am writing to you to express my gratitude for making the Dr Susan Lim Medical Scholarship possible. I was absolutely ecstatic and honoured to learn that I had been selected and I am deeply appreciative of your support.
Growing up I had pretty bad eczema and my parents and I went around to many specialists to seek treatment. The best thing that came out of these experiences was the people and doctors I met, whose significant impact in my life inspired me to do the same in the future. Being able to understand and explain the world around me is important to me and at the moment I am studying a Bachelor of Science at Melbourne University with the intent of
majoring in Immunology and Microbiology. After graduating I plan to continue studying postgraduate medicine to pursue a career as a doctor. Thanks to your generosity, I am one step closer to realising that goal.
My living situation was difficult, but your scholarship allowed me to live at Trinity College. As an alumnus I am sure you know how first-rate the facilities and environment Trinity College has to offer and I consider myself exceptionally fortunate to be able to attend. Here, I am exposed to so many opportunities and people, and I aspire to make the most of my time here.
Once again, thank you again for your generosity and support. It’s inspired me to work harder and to make more of an effort to give back to the community. I hope one day I will be able to help other students reach their goals as you have done for me."

- Taken from a letter by Mr. Tom Nguyen.

Jo Ann Chan has come to Trinity from Kuala Lumpur, Malaysia, and is studying Biomedicine with the aim of one day securing a position to study Medicine.

Jo Ann is passionate about helping people and has done a lot of community service work, including physical therapy for the disabled (helping them to relax and being reassured), working with her Dad at Operation Smile, whose target is free dental care and youth charity.

Ardeshir Sahmeddini is originally from Shiraz in Iran. He arrived in Australia eight years ago with no English and went into Year 7 at Lyndale High School in Victoria.

He excelled academically and received the marks to get into the University of Melbourne studying Biomedicine. Now in his third year of College and University, he studies a Bachelor of Biomedicine and is Majoring in Human-structure and Function.

"With the most heartfelt gratitude, I am writing to thank you for your generous support of the Dr Susan Lim Medical Scholarship at Trinity College, the University of Melbourne. I tun very honoured to be recipient of this scholarship and I appreciate that with this support, I am able to make the most of the opportunities at college and the university.

I am currently in my second year of the Bachelor of Biomedicine and I am interested in pursuing a combined major in immunology and microbiology followed by postgraduate studies through Melbourne's Doctor of Medicine program."

- Taken from a letter by Mr. Zheng's.

"Residing at Trinity is so much more than I could ever have hoped for and coming back as a second-year has been incredibly fun and rewarding. Reconnecting with my peers as a returning student and the "been-there-done-that" perspective has allowed me to take on a more active role In the College community as a whole, as Well giving me a real sense that I belong at Trinity.

This scholarship has given me the motivation and the agency to achieve my utmost in my chosen degree, and the ability to enjoy the opportunities and comforts that come with living in such a terrific community. Thank you very much for providing me with that privilege."

Taken from an inspiring appeal by Ms. Rath.

Without this scholarship, studying medicine in such an environment would not have been possible and thus this grant holds even greater importance to me as well as my family. Thus, your sanctioning of this scholarship only strengthens my belief to succeed in medicine, to uphold the name of the Dr. Susan Lim's generous contribution and always to remind myself of Trinity College's aims of 'Excellence, Community and Diversity'."
An excerpt from an inspiring letter written by Ms. Lee.